(14 November is observed as the World Diabetes Day. The alarming rate of childhood obesity and type 2 diabetes in India has experts worried. Nearly two-third children in Indian cities have abnormal blood sugar levels. The World Health Organisation has described the situation an ‘exploding nightmare’)

It’s no secret that parts of India have come a long way from its malnourished past. The signs are all around us, from supersize kids to XXL clothing lines and mushrooming weight loss clinics. It’s a dual epidemic out there.

According to a latest analysis by the World Health Organisation, one in four kids in the country between the ages five and 19 years of age is obese. The last nation-wide estimate by the National Diabetes Obesity and Cholesterol Foundation, pegged obesity at 14 percent in the same age group.

Our children are literally eating themselves to an early death! 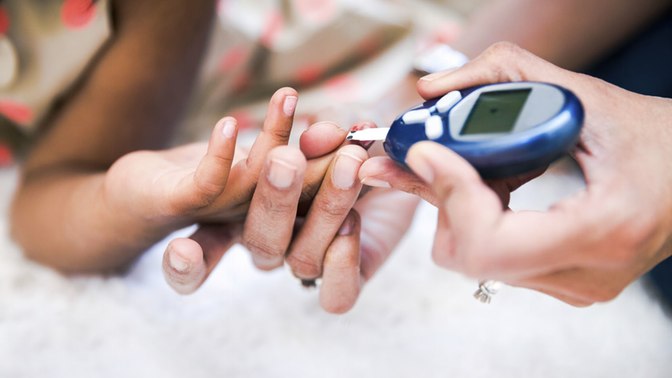 Blame this supersized generation on food. We are feeding our kids the food they shouldn’t be touching and are not encouraging an active, outdoor lifestyle. (Photo: iStock)

In the last decade, experts say that the incidence of type 2 diabetes in children has increased ten fold. The consequence is that children could potentially face irreversible damage to growth, heart, kidney and other vital organs.

A first of its kind study on 700 overweight kids between the ages of ten and 17 years, newly diagnosed with type-2 diabetes in the US had frightening results. Scientists found that even after medication, counselling and a proper lifestyle change, diabetes could not be controlled in nearly HALF the children. Within a year, 52% of the participants were put on insulin injections to manage diabetes.

Making matters worse, type 2 diabetes may be somewhat more aggressive in children. Where we usually see a progression to insulin therapy in adults over five to 10 years, in kids we saw the progression in 11 months.

No one knows why drugs which work well in adults with diabetes remain largely ineffective in kids. Rapid growth, puberty, and hormonal changes might have a role to play.

Every New Case Means a Lifetime Of Disease Burden

It’s not just type 2 diabetes, illnesses like asthma, high cholesterol, bone density loss and hypertension are on the rise among adolescents. (Photo: iStock)

Scientists in the US conducted imaging scans on obese eight-year-olds and the results were chilling. They found thickened heart muscles, increased muscle mass, and abnormal heart rhythm – all signs of a potential sudden heart failure, stroke or death.

Is our healthcare system equipped to handle such a crisis?

Every diabetic kid grows into a diabetic adult with a lifetime of serious complications. When a 50- or 60-year-old gets diabetes, they suffer complications like heart attack, kidney failure, and vision damage in their 70s but when the same happens to a 13-year-old, they get sick by the time they turn 30. Do we have the financial or medical capability to handle this epidemic?

Diabetes triples the risk of heart disease, doubles the risk of depression, causes kidney disease in one-third of patients, and results in advanced retinopathy—bleeding in the retina that damages vision – in up to 30 percent of cases.

The ultimate scary truth, says Dr Ramen Goel, is the number of pre-diabetic children, almost thrice as much as the diabetics. So are we even remotely prepared to handle this tsunami of patients by the time these teens become adults?

According to the World Health Organisation, in 2012, an estimated 1.5 million deaths were directly caused by diabetes and more than 80 percent of diabetes deaths occurred in developing countries like India.

Don’t let your child become a part of this statistic. Take control. NOW.

Your email address will not be published. Fields marked (*) are mandatory.